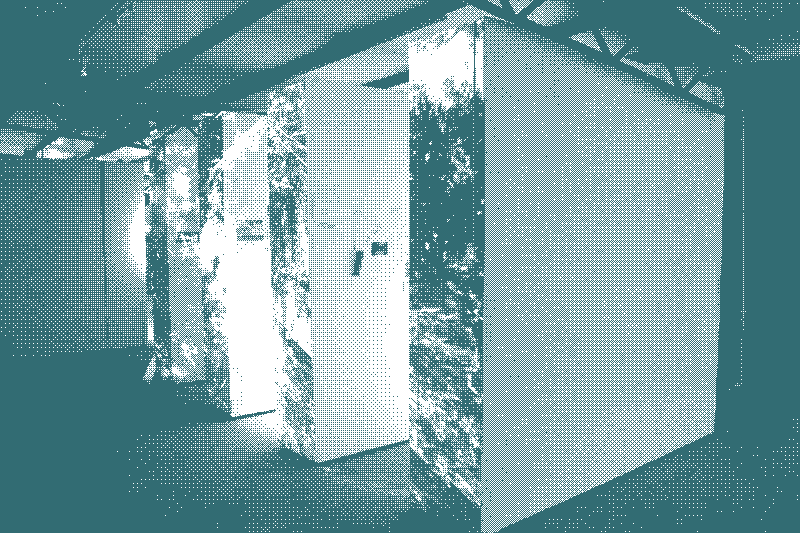 A Field Guide to a place in a gallery space

We all like to congregate… at boundary conditions. Where land meets water. Where earth meets air. Where body meets mind. Where time meets space. We like to be on one side, and look at the other.
– Hitchhiker’s Guide To The Galaxy, Douglas Adams During the residency on Cyprus, I focused on the relationship between water distribution, landing points of underwater sea cables and ancient water gathering techniques.
In the preparation for our residency in Nicosia, the capital of Cyprus, I became aware that the most eastern island in Europe is also considered as a so-called data haven. A multitude of underwater sea-cables reaches the island to establish a direct connection with Europe. These cables have fundamental impacts on our data distribution and the spreading of news worldwide.
Further on, the geographical position of Cyprus is for centuries crucial in maintaining peace but also war and therefore was occupied already many times during history. Still the British maintain control of strategic areas on the island, which are leftovers from the Commonwealth.
Another important factor for me was the water scarcity on the island and how for centuries people developed strategies to deal with the shortage. Ancient qanats and their network along the island fascinated me and I tried to bring them in relation to settlements but as well as data centers. During my former research project “Digital Water” I started mapping the hidden infrastructures of the Internet, like data center and underwater sea-cables. I started my stay with a talk about my ongoing research to connect to the local situation, discovering that currently a quantum cable with a length of 7700 km is being laid under the sea. This sub-sea ultra high-speed cable could handle up to 60% of the world’s internet traffic, according to the homepage of the provider. October 2020 is the projected finishing date and the cable will connect Israel with Cyprus, Cyprus with Creta, Creta with Greece, Italy (Bari), France (Marseille) and Spain (Bilbao). I visited the Quantum House in 27 Philippo Str in Nicosia on a hot summer day and the streets felt like they would melt under my feet. The headquarters of the operating company had almost nothing to do with water it seemed but still, they were totally liquid. One main track was the river run of the Pedeios River, the main water body in Nicosia, that also runs close by. I started to follow the river on long walks in the early morning hours. The river was diverted already in the middle ages for the first time to build an effective city wall. The former river used to run exactly on the place where Phytorio, where we did our residency, is located and leads to the Quantum House. To visualize my findings I installed an abstract data center into the exhibition space at Phytorio. It contained my research during the residency focusing on water as the main element to power life, agriculture and the Internet, and how they are closely linked to the Cypriot landscape. Therefore I used historical maps, current water distributions centers, and former research as the work by Anastasia Angelidou dealing with the possibility to Re-Hydrate Landscapes in Cyprus. One way could be the re-activation of the ancient qanats, a tunnel system extracting groundwater in dry mountain basins. The “server-racks” were projected from two sides with the video filmed at the Pedieos River. So an alternative water cycle formed including our steaming bodies in the Cypriot summer sun, a broken pool, a koi carp pond, and underwater sea cables.